The Anthropomorphism of G-d 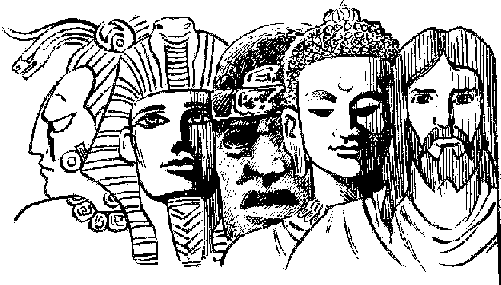 This week marks the end of the book of Leviticus with the double portion of Behar-Bechukotai. The portion of Bechukotai contains the “Tochacha” or warning. Here, G-d tells us that if we abide by the covenant and perform the commandments and follow in his ways, we will thrive and prosper and defeat our enemies.

If we stray, then there are three levels of warnings, each progressively worse than the previous one. These are dire consequences and there is the understanding that our G-d is a jealous god and will visit his wrath on us for our failure to live up to our part of the covenant. Within this warning, however, is G-d’s assurance that he will always be with us no matter what and will await for us to come back to his Teachings.

In his book, “The Prophets”, Rabbi Abraham Heschel discusses the anthropomorphism of God. Different cultures have assigned their own images and values to their images of their respective Divine Being. The gods of the Vikings, for example, were tall and blond. Ethiopian gods were dark with swarthy features and the Thracian gods were red-haired and grey-eyed.

Concomitant with these views were the character traits and personalities of these gods. The Greek and Roman gods were jealous and vengeful. Anyone who crossed them were doomed to an eternity of torture, like being turned into an animal or having your intestines attacked by angry birds. Even today with any disaster, like this current pandemic, some religious figures are quick to ascribe to his wrath for all sorts of offenses like homosexuality.

So is G-d vengeful? We’ve seen times in the Torah when G-d does indeed call Himself a Jealous G-d. In discussions with Moses, He’s said that he was angry with His people Israel and was going to destroy them. It was only Moses’ intervention and pleading that changed G-d’s mind to spare them.

Reading this, one would imagine G-d to be a petty Being, like the rest of us, who can succumb to petty emotions. How is it that King Solomon in Proverbs state, “Who is mighty? One who controls their emotions” and yet the One who created us, who oversees our existence, who is supposed to be merciful and loving and compassionate, throw a temper tantrum at the slightest provocation?

First of all, G-d doesn’t. We see those traits in G-d because we are viewing him from our perception and our values. These are emotions and feelings that we have; we interpolate that since we were created in G-d’s image, we are imbued with those divine emotions, but in human expression.

Well, kind of sort of but not really. Remember that G-d is a perfect being. Like a big parent, He wants what best for us. His disciplining is merely to set us on the right path and get us out of the way of hurting ourselves and each other.

And that’s whatever it takes. This is why the Tochacha comes in three progressive stages. When you were a young child, your parents told you not to eat the cookies. Cookies are delicious and yummy and you couldn’t, or wouldn’t, help yourself. Your parent saw you, took the cookie away and said, “no!”.

But you didn’t listen because cookies were delicious. And our parents are a lot smarter and experienced than us so they saw you try again. This time, a slap on the wrist accompanied that “no!”. Since we all come from a stiff-necked stock, we tried again. We figured we had it down now and could get away with it. We were wrong. Yet a third time did our parents catch us. This time, we were sent to our room until dinner, which was why we couldn’t have the cookie in the first place that it would spoil our dinner. Our parents only wanted us to have the best nutrition so we could grow healthy and strong.

Such it is with Hashem, and why, by the way, the commandment to honor our parents is extant in the Torah. Our parents are doing G-d’s work.

It’s not about being jealous or vengeful or vindictive, it’s about keeping on the straight and narrow. The point is that once we start to stray from our mitzvot, we are led down a dark path. Once we ignore G-d and His commandments, we start to break the commandments, like not helping the widow or orphan, harassing the stranger, not giving to charity, etc.

This is how society starts to break down and become corrupt. At that point, people don’t trust each other, commerce is affected and people’s livelihood and interactions suffer. By observing the commandments, society runs smoothly, everyone thrives and we all grow.